An all-time divers’ favorite, there are seven different species of sea turtles. Here’s what you need to know about each species.

Description: A green sea turtle’s teardrop-shaped carapace can reach up to 4 feet (1.2 m) long. They are usually lightly colored and identifiable by the single pair of scales in front of their eyes — other species have two. Green sea turtles are herbivorous and feed on seagrass, seaweed and other marine plants. They usually migrate long- distance to hatch.

Where to see them: You can see green sea turtles around the world in tropical and sub-tropical waters, throughout the Atlantic and Pacific Oceans.

Description: Hawksbills and green sea turtles bear a resemblance underwater, but look for the distinctive sharp, hooked beak and you’ll know you’ve spotted a hawksbill. The carapace, which is elliptical and bony without ridges, can grow up to 3 feet long (.91 m). They also have claws on their flippers, which help them feed on sponges, anemones, squid and shrimp.

Where to see them: Find them around coral reefs in tropical waters of the Indian, Pacific and Atlantic Oceans.

Description: Olive ridleys are the second-smallest of all sea turtles, with a distinctive heart-shaped, olive-colored carapace — hence their name. The carapace measures 2 to 2.5 feet (.6 to .76 m). They are carnivorous and feed on crustaceans, mollusks, tunicates and fish.

Where to see them: Find them mainly in the tropical waters of the Indian and Pacific Oceans and some warm areas of the Atlantic Ocean.

Description: Flatbacks are named thusly because their shell is quite flat in comparison to other species. They reach up to 3.25 feet (1 m) in length and are mainly carnivorous, feeding on jellyfish, mollusks and other invertebrates.

Where to see them: This species lives only in the waters around Australia and Papua New Guinea, therefore it is also called the Australian Flatback. Females nest exclusively on Australian beaches.

Conservation status (IUCN Redlist): Data Deficient, meaning the status is unclear due to lack of data.

Description: Leatherback turtles are named for their carapace, which differs from other species. They’re covered by a layer of thin, tough, rubbery skin. Thousands of tiny bone plates make it look like leather. They are the largest turtles, with carapaces typically reaching between 4 and 6 feet (1.2 and 1.8 m). They feed almost exclusively on jellyfish.

Where to see them: Leatherbacks typically inhabit the open ocean, pretty much all over the world. They live in such disparate regions as Alaska to New Zealand. The main populations live in the Atlantic and Pacific Oceans.

Description: Loggerheads are named for their particularly large head. They’re the second-largest species after the leatherback, with a carapace reaching up to 2.5 to 3.5 feet (.75 to 1 m) Their carapace is usually reddish-brown colored, with a pale-yellow underside. They feed mainly on invertebrates, as well as sponges and corals.

Where to see them: They are widely distributed in most temperate to tropical regions and you can find them both on shallow reefs and in the open ocean.

Where to see them: They live in the Atlantic Ocean all the way from New Jersey to the Gulf of Mexico.

One of the most significant threats to all turtle species is bycatch. Turtles get caught in fishing nets, becoming bycatch, and are unable to get to the surface to breathe. Thus, one of the best ways you can help turtles is to stop eating oceanic fish entirely. No demand, no supply.

Beach development also typically negatively harms sea turtles by disturbing both their nesting process and the nesting area itself. Finally, turtles still face threats from human poaching, as there is a trade for eggs, meat and shells. 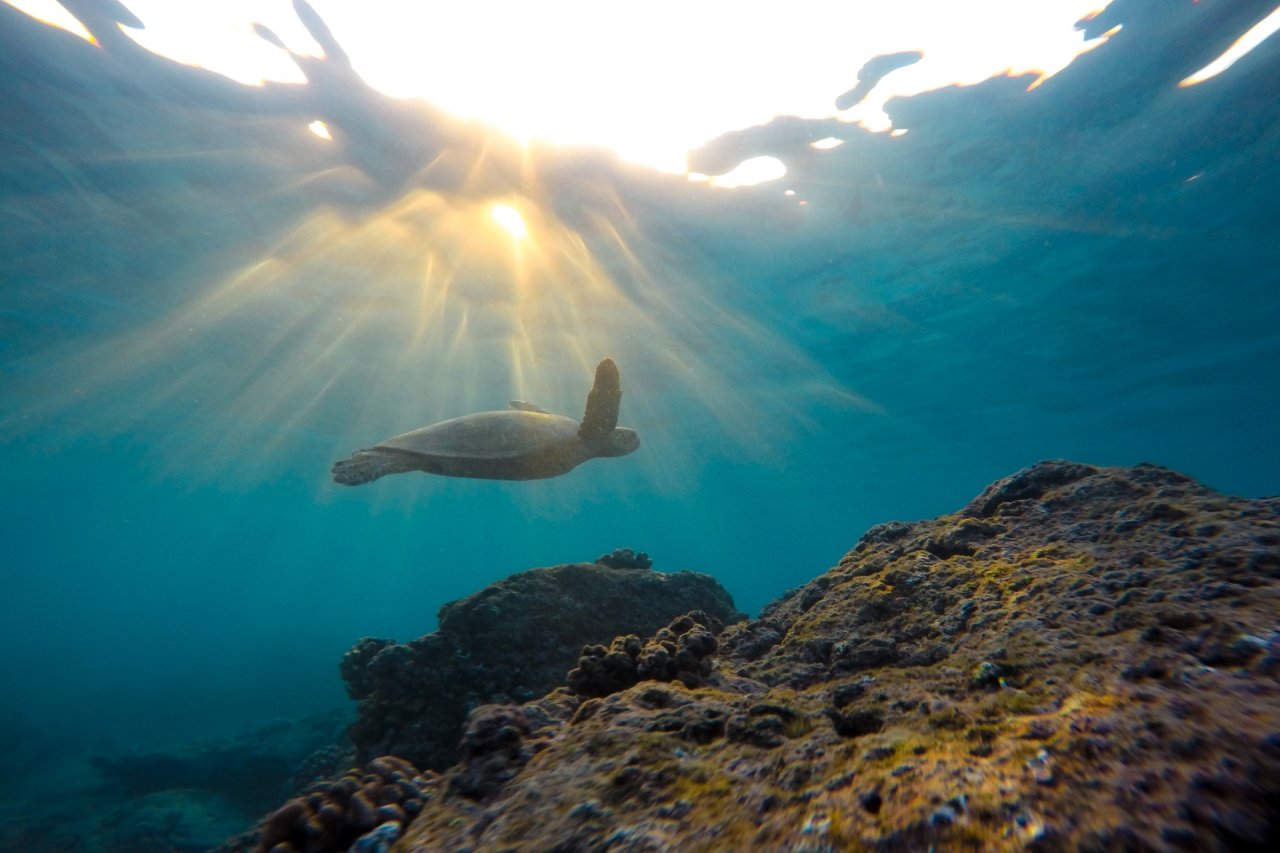 Want To Be Kept Updated?